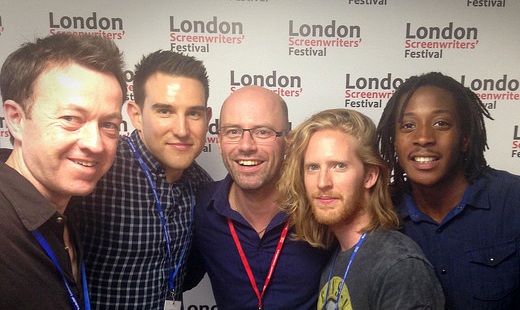 (Me in the red lanyard, flanked by director & cast after my table read at the 2016 London Screenwriters Festival)

I started my script editing career back in 2000 as an intern at Blue Horse Productions just before graduating with honours from Utrecht University in Film & TV. I’ve worked as a bilingual script developer ever since, including a 17 year stint as the resident script editor for Dutch production companies PV Fiction and PVPictures. At the same time working as a freelance script reader/consultant in the UK via ScriptCoach, I’ve also written, directed and produced my own projects. That experience has helped me immensely as a script consultant, placing myself in the shoes of writers, producers and directors, giving me an allround perspective on screenwriting.

Over the years, I’ve worked on quite a few successful, award-winning drama series and features films, as well as numerous sitcoms. Check out the credits section for the full laundry list, including trailers and festival information. I’m pretty darn proud that my writing-directing debut Fall-Out, starring Daniel Boys and David Paisley, was nominated Best UK Webseries at the Raindance Webfest 2014. I was also part of the London Screenwriters Festival’s Talent Campus version 2.0 and am currently available fulltime to hire as script consultant, reader, writer and even director on your project.

As script consultant I see it as my mission to help writers write the best scripts possible; true to their voice, but also to its best market potential. That way the writer grows and their scripts and projects have the best chance possible to reach and entertain their audience. As a writer, I try and make sense of the world. That’s no easy task, which is probably why I tend to end up writing comedy… 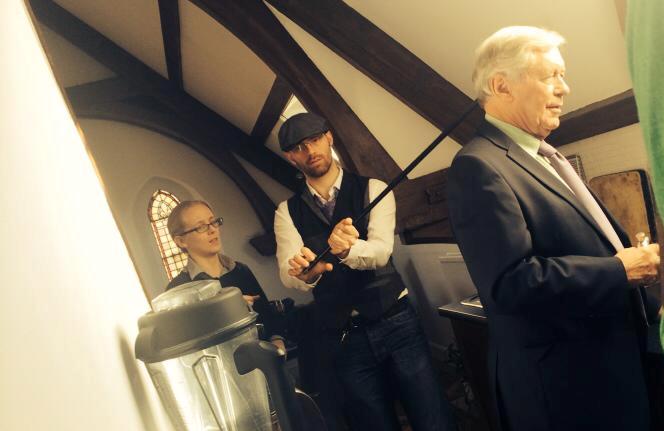 (On set for my short film By Lethe Betrayed. No actors were harmed in the making of that film.)